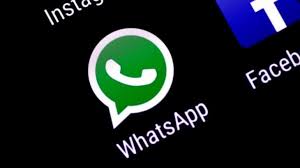 A recent leak has suggested that WhatsApp’s dark version is all set to be released for testing soon with reports also suggesting that the app’s developers are busy making the final changes before rolling it out to the public. The new leak was explained by a few beta testers who managed to get a sneak peek into the upcoming dark mode features through a simple trick involving WhatsApp’s inbuilt video player.

As per the reports, WhatsApp dark mode is expected to have two separate versions to suit two separate screen specs. The dark mode is also said to be including separate icons that will appear differently for both black and gray wallpapers. The leaks suggest that the developers are happy to go ahead with the dark mode feature and are making the final touches to the UI before releasing it to the masses. The dark mode will show security messages in a gray bubble with yellow text, a change that might as well makes users feel like using dark mode with night mode on.

Talking about WhatsApp, there is another good news for messenger’s users across the globe. WhatsApp’s parent company, Facebook, has announced that it has discarded its plans to introduce ads to WhatsApp. The same was also reported by The Wall Street Journal, who stated that Facebook had dismantled a team who were working on getting ads introduced into WhatsApp. Chances of ads not coming into WhatsApp statuses is still very low, but according to the report, chats are assured to remain ad-free, at least for now. Another possible feature that could be added to WhatsApp is for enabling small businesses to display their respective stocks in the app and other users to directly but them.

Tags: WhatsApp Dark Mode Reaches Its Final Stages As The Company Plans To Release It