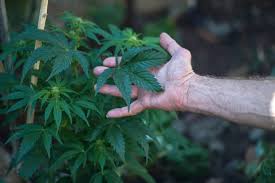 The supreme court of Italy has given a ruling that the small quantities of cannabis which are grown at home for using privately can be grown legally as per a landmark verdict. Selling and farming of cannabis had been barred under the legislation which is dating back to the 90s however the contradictory decisions after that time have generated a lot of uncertainty in and around this law. The court has declared that the crime of growing the drugs must not include the small amounts which are grown in domestic markets for the use of grower exclusively.

The ruling had although been made on December 19 had not been reported till Christmas. This has sparked the calls for more legalization from the advocates of cannabis and the wrath of those who are conservatives. The logic of the court for this decision has not yet been made public and a complete ruling in depth is not going to be in public for a longer period of time. There is no clarification yet on what exactly constitutes the quantity of cannabis as being small scale cultivation however the ruling has come from a case where the offender had been in possession of two plants.

A senator said that the court has opened the way and now it was up to them. The senator named Mr. Mantero had presented the amendment to the budget of 2020 calling for the regulation and legalization of the use of cannabis domestically however it had been ruled inadmissible by the speaker who was from a conservative party. The leader Matteo Salvini has said that the drugs are harmful and should not be allowed to be grown.