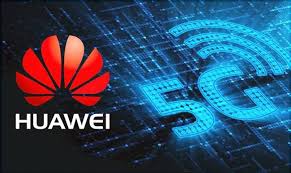 In what can be termed as a little respite for Huawei, French Finance Minster, Bruno Le Maire, has hinted that the country will allow Huawei to bid for supplying 5G equipment in the country while keeping the company away from nuclear and military sites even if it manages to win the contract. United States have consistently targeted the Chinese tech giants and have unlisted a long list of indictments, all of which have been clearly denied by Huawei. United States have barred all American companies from doing any kind of business with Huawei and has constantly suggested its allies to do the same.

Le Maire, while talking to BFM TV, stated that France will not bow down to the pressure from United States and will give Huawei a fair chance for supplying equipment that helps companies build 5G network in the country. He stated that they would give preference to the European bidders like Ericsson and Nokia but won’t mind considering a profitable bid from Huawei. France has followed in on UK’s footsteps of allowing Huawei to supply 5G equipment while keeping the Chinese company away from security infrastructure. There has been an intense debate all over Europe concerning Huawei as the Chinese tech giants provide the best 5G equipment there can be currently.

Talking about the pressure on Huawei from United States, the White House has alleged that the Chinese company has access to tracking equipment through network operators designed to allow legal authorities take control. Huawei clearly denied the allegations and asked the United States government to present any proof supporting their allegations. US has accused Huawei of being a spying agent for Beijing from the past one year since it added it to its entity list, without proving any of its claims so far.

Tags: But With Certain Restrictions France Will Allow Huawei To Supply 5G Equipment