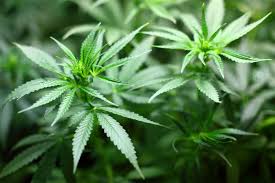 A family in the southwest part of Missouri has now sued the state and demanded a license in participating in the fledging industry of medical cannabis in Missouri. This is as the family has seen their application of growing medical marijuana rejected by the state.

The lawsuit that had been filed on Friday by Paul Callicoat and their family has arrived one day post the department of health and senior services in Missouri had granted as many as 60 licenses from the companies which had applied. There were over 500 companies that had sent their applications. The Callicoats, who had been planning at opening up a cultivation facility which they were going to call Sarcoxie Nursery, had not been among the ones who were able to get a license.

The lawsuit of this family has argued that the limit of 60 licenses violates the right of farming in the state constitution. The right to farm is an amendment that had been passed in 2014 by the voters. This lawsuit is further challenging the selection process of the state which is giving more points to the businesses in the ZIP codes which have higher levels of unemployment. They said that this geographical bonus had been announced after this family already had paid an amount of $10,000 which was non-refundable as application fee.

The department of health has not responded to the requests for giving their comments. The hearing on this lawsuit has been scheduled for this Monday. The voters in Missouri had made the medical marijuana legal in the year 2018. The program of licensing is expected to be winding up by the month of February with the licenses being awarded to the applicants who are seeking the selling of products of cannabis to the ones who hold doctor approved cards.