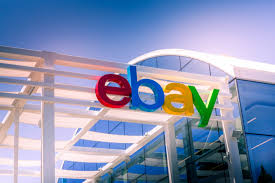 The names of companies which showed interest in buying EBay’s classifieds business were not revealed. However, according to a report published by The Wall Street Journal, private equity firms Blackstone Group and TPG, African e-commerce giants, Naspers, and Axel Springer, the publishing company from Germany, are amongst the names most interested to complete the deal with EBay. The company said it will come up with an update on the final buyer by the middle of 2020, with the potential buyers expected to come up with an official indication of interest by March. The news brought in some expected positive impact as EBay shares traded 1.46 percent up at USD 38.24 per share, slightly better than Morningstar analyst, R. J. Hottovy’s fair value for EBay of USD 38 per share.

EBay is expected to undergo a restructuring of its operations as the company finds itself grappled with lawsuits against potential payment problems in PayPal, though the company split up with PayPal quite a while ago. EBay is now expected to start investing in start-ups keeping in mind the restructuring plans it has for its better future in the e-commerce market.