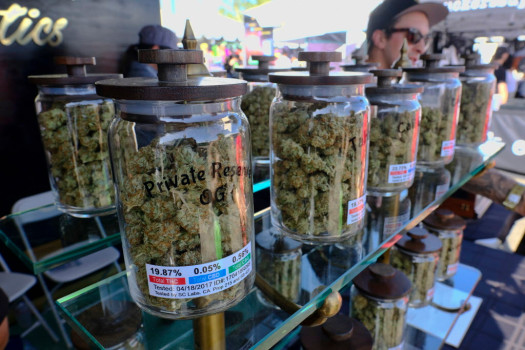 California has taken away the licenses of almost 400 marijuana businesses and also paralyzed around 5% of the legal cannabis supply chain existing among the retailers and distributors. The state will cease all the sales transactions until the licenses become active again. The trade groups have already started criticizing the current temporary idea of shutting legal shops. Around 394 retailers, microbusinesses, delivery services, and distributors have already been issued a notice by the Bureau of Cannabis Control (BCC) to stop their business until the mandatory track-and-trace system training and the credentialing process is cleared. At present, the suspended licenses seem to have reduced to 385, which include 63 retailers, 47 microbusinesses, 185 distributors, 61 delivery services, and 29 distributors.

The BCC takes care of 2,630 marijuana companies that hold either annual or provisional licenses. On the other hand, the California Department of Public Health (CDPH) oversees around 932 manufacturers and the state Department of Food and Agriculture (CDFA) supervises 3,830 MJ farmers. There are around 7,392 licensed cannabis businesses in California. The 394 companies had ample time to go through the track-and-trace steps; thus, they can now start uploading their new data to help regulators keep track of the cannabis supply using Florida-based Metrc’s software. The Metrc requirement helps companies get a provisional license as the temporary licenses will be expiring by summer. The provisional license owners are told to train and start using the system within 5 Days.

Before the licenses being suspended, the companies had been warned earlier. The CDFA did not list out the suspended licenses but it did send out notices on October 22, 2019, to 103 cannabis farmers that their permits are going to be suspended if they do not comply with the system. Around 13 cannabis manufacturing licenses have been completely suspended for not complying with Metrc requirements. The companies have started taking the matter seriously and doing the needful to change their license from suspended to active. The suspensions had an impact on the legal supply chain but the glitch in the Metrc program has given the suspended licenses to continue their sales.