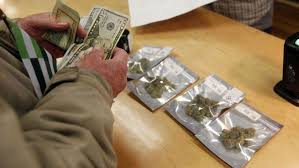 California Delivery Business Policy In Threat Due To Lawsuit

A policy which had been controversially adopted last year in California had allowed the marijuana products to be delivered all across the states even to the places where they were banned by the local municipalities and is an important tool for the success of the legal market as per a lot of the officials of the company. The same officials have feared what is going to happen in case the policy is getting thrown away by the courts in the coming year since a lawsuit which challenges this policy has slated to go into trial in the Superior Court on the 20th of April.

If they were successful it is going to threaten a lot of the delivery companies with the extinction and possibly bolster the immense marijuana market which illegally exists in the state. The lawsuit has been filed by the Santa Cruz County and the 24 municipalities has contended that the Bureau of Cannabis Control overstepped their authority with the rule of delivery across the state. This suit had given the argument that the proposition which legalized the use of marijuana recreationally in the year 2016.

The case can potentially upend a lot of the delivery business of California if it is able to succeed as per Eric Sklar who is the CEO of Clearlake based delivery and retail business which serves a lot of the wine region of the state. Had it not been for the policy of the state on the outside-in delivery, the entire experiment of cannabis would have ended up failing as per Sklar who has also been a public official as a member of the Fish and Game commission of the state.