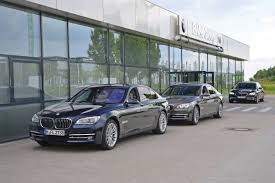 Nicolas Peter, BMW’s CEO, has spoken out about a promising year ahead as he foresees BMW’s sales to rise globally through the year with the company also reducing its average emission by 20 percent in Europe. Speaking at a round table discussion to reporters in Munich, Peter revealed that BMW is going to reduce fleet emission in Europe by 20 percent of meet the emissions standards for 2021. Car makers around the globe have been trying hard to cut down emission of carbon dioxide, one of the primary greenhouse gases, but the demand for heavier sports utility vehicles that emit high amount of carbon dioxide doesn’t help their cause.

BMW’s fleet emission was averaged at 128 grams per kilometre in 2018. Things didn’t improve much in 2019 as the number recorded was just below what it was a year ago. With electric vehicles now hitting the market and attracting more clients along with new improved combustion engines that reduce the emissions in upcoming BMW cars are expected to help the company reduce the emissions significantly. The company aims to bring down the reading to around 100 grams per kilometre by the end of 2020. That number is expected to meet the emissions standards for 2021.

BMW also reported a saving of 62 million euros through ideas from its workforce to improve the workflow and production. BMW has always promoted its employees to come up with ideas of smart work instead of hard work and rewards for the same are showing for the company now with over 62 million euros saved in a year. According to the statement from Lika Horstmeier, BMW’s board member responsible for HR, around 8,000 ideas were received and over 2,000 of them were implemented.

Tags: BMW Aims To Reduce Emissions In Europe While Continuing With Its Increasing Sales