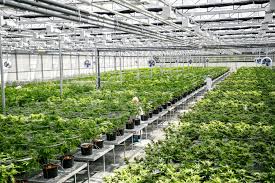 Aphria, which is a cannabis producer that is federally regulated, expects the maiden harvest from the facility of Diamond in Ontario to be sold to the provincial wholesalers in the month of March post a delay of more than a year from the time when it was initially scheduled to start. Aphria had expected Diamond to finish in time for their beginning sale in the month of January of 2019. This is a goal that has been abandoned long since with the greenhouse of 1.3 million sq. ft. had not been approved for cultivation by Health Canada till 1st of November in 2019.

After the attribution of setback to the receipt of permit for cultivation a few of the infrastructure for greenhouse had experienced a delay of two months due the Transportation Ministry as the facility had its location adjacent to provincial highway. Aphiria Diamond is a subsidiary of Aphria and the company is also owned by the Double Diamond Farms. After securing the approval of cultivation, Diamond had been able to lock a three-year term loan up worth $60 million (CA $80 million) which had been arranged from a chartered bank that is unidentified.

In the news release, the company has said that the proceeds are going to be deployed strategically. Aphria has said that it is expecting the facility to be planted 70% in the week. At complete capacity, Aphria Diamond is going to add as many as 140,000 kilograms of cannabis production annually to the cultivation portfolio of Aphria as it reached 255,000 when the other facilities of the producer are included. The country’s annualized demand is pegged by Health Canada at close to 900,000.