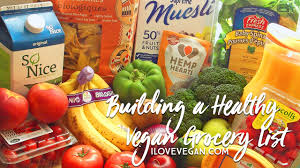 Canada’s two most significant markets for cannabis have experienced the worst levels of sales per capita for the adult use products in legalization’s first year. This reflects the struggles that the officials in all the provinces have had for getting a handle on the tools that they have at their disposal for regulating this industry.

Post the October of 2018 till the September of 2019, the marijuana stores of British Columbia had sold as many as $37 million (or CA$ 50 million) worth cannabis as the sales for Ontario had been recorded to be CA $216 million. This implies that the per person sales were CA$ 10 and CA $15 respectively.

Out of the 10 provinces, Nova Scotia and Prince Edward Island had seen the sales per person being the highest at CA $68 and CA $97, respectively. The report of Statistics Canada says that the differences between the regions in per capita and total cannabis sales in stores may be explained partly by the access that Canadians have for the cannabis stores. Ontario and British Columbia had utilized the slow rollout of the adult use stores in the first year; however, the outlook for year 2 of the legalization has been brightening already.

British Columbia has authorized a lot of new stores and Ontario is further planning to open applications in the next month. In all, an amount of CA $908 worth of the products of cannabis had been sold across the country in this time period. Canada had seen over 400 stores start in their first year with a lot of them had been located in Alberta. In the year 2020, the number is expected to go past 1,000.

Tags: Sales Lower For The Two Most Significant Markets Of Canada