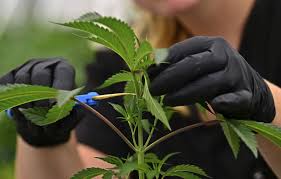 One year into the legalization of medical marijuana industry in Ohio, the dispensaries have grown. And this has been accompanied with a price drop and lot of optimism from a lot of businesses. The associate director of the association of Cannabis Cultivators, Thomas Rosenberger, has said that the access to patients and the experience of the patients as a few more of the dispensaries opened in the year 2019 has increased.

At the same time during the last year, there had been just four dispensaries which were open. One of them was in Wintersville and other was in Cleveland to go with the one in Sandusky area. As of now, there are 46 operational dispensaries and there are 12 more that have the certificates or provisional licenses through which they can become operational and work as per the authorities. Ali Simon, who is the spokeswoman for the Ohio Board of Pharmacy, has said that there were over 400 applications that had been submitted for the dispensaries when the program began.

As per the most recent data that is available, there have been 74,768 Ohioans who had registered with the program. The data was recorded on November 30. Among these, 7% are the ones who are registered veterans. The conditions that are most common in the Ohio patients for which they buy marijuana are fibromyalgia, cancer and stress related disorders, as per the data.

As per the records from the dispensaries that have been licensed to the reporting systems, there were 51,237 patients who had purchased the medical marijuana after the beginning of the program. The average person who uses this medical marijuana is over the age of 54.