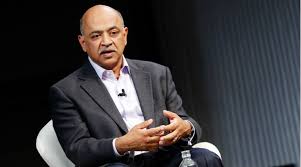 The shares of IBM saw a jump of 5% this Thursday as the company announced that Arvind Krishna is going to become their 10th CEO as he is going to replace Virginia Rometty. The change will be effective on the 6th of April as per a statement.

The former CEO of Red Hat, Jim Whitehurst is going to become the president of IBM as per the company as it completed the acquisition of $34 billion in the month of July.

Rometty had become the president and CEO on the 1st of January in 2012 by replacing Sam Palmisano. She had earlier been the holding positions in marketing, sales as well as strategy. Rometty had studied electrical engineering and computer science.

The official biography that she has on the website of IBM gives her the credit for creating a global team of over a 100,000 services experts and business consultants.

IBM under Rometty had made cloud services their biggest priority and it has exited a few businesses. Meanwhile, the company has been sticking to their core markets like database software and mainframe computers.

The stock under her tenure had fallen by close to 26% which was against the overall growth tide. In the year 2018, the total compensation of Rometty had exceeded a level of $17.5 million as per the statement of the company.

Krishna is among the top executives of the company and had joined the company in 1990. He is holding the post for the vice president of a division. Krishna had been working actively on the Red Hat acquisition. Krishna has co-authored 15 patents as per his biography on the website of IBM.