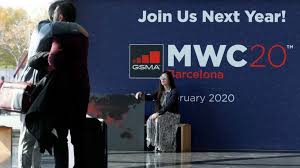 Coronavirus which has shocked the world now seems to even engulf even the big companies like Facebook and Google that have withdrawn themselves from the MWC tech show which is to be held in Barcelona.

The companies decided to cancel out their names from the global event citing fears about Coronavirus. Spanish media told that GSMA the trade organization which organizes the MWC will meet this Friday regarding whether to cancel the event altogether amid fears of the deadly virus attack.

GSMA has not yet commented and told about its intentions.

The list of already withdrawn companies is increasing with big names like Amazon, Sony, LG, Nvidia, and Ericsson who have already withdrawn their names. They are now joined by two more tech global giants Facebook and Intel.

Till what was last heard or known was that the GSMA is trying to convince the companies to join and host the event making it a success. But the results have gone the opposite way so far with the national trade body unable to convince the global tech players.

More than 100,000 people attend the global tech show. Statistics show that the number of people traveling from China is around 6,000.

China is the country from which the deadly virus spreads. It had gone to the far reaches of the planet already like cases and suspects being reported in far off locations like Germany and Great Britain. It is traveling that if not checked this virus might soon become a global endemic disease.

It is being said that as per the GSMA figures more than 2,800 companies still want to take part in the event. But with the big names pulling off and staying on the safe side the tech show might lose its attraction to pull the crowds. Huawei the Chinese telecom sector giant said that it was monitoring the situation on a daily basis and had intentions to join the global tech event.