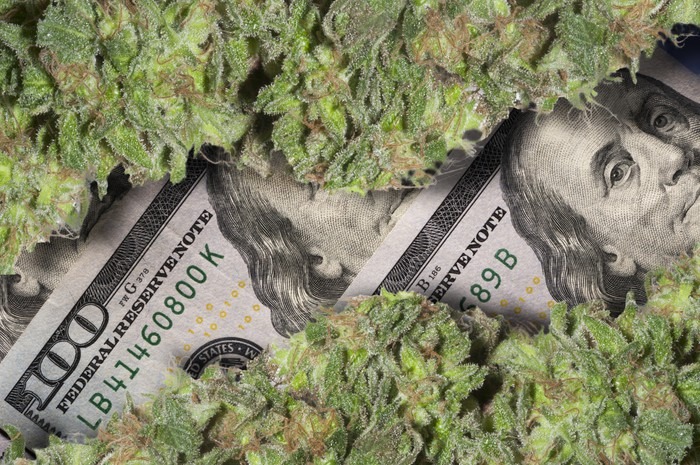 Despite tremendous headwinds in the cannabis market and a sharp fall of 32.1% in 2019 after falling by 54.9% in 2018, five cannabis companies in America have been able to produce double-digit gains. The Global Cannabis Stock Index to is under stress but these stocks which have been able to stay strong in a bear market are likely to deliver big gains to investors when the market turns positive. Each of these 5 stocks has prospered in spite of a weak market that brought them down from their 52-week highs. Here are the details of these American cannabis companies that have witnessed gains exceeding 20% in 2019.

This Chicago based firm has operations in several states and owns licenses in nearly 12 states. Though this stock’s price has fallen by 40% from its 52 weeks high it has rallied by 20.5% during 2019 after debuting in 2018. Its strong reception by investors was in contrast to MedMen which had been called overpriced and it has since then declined by 84.3%. GTI has gained 21.3% during the interval and in the last quarter that ended in September, it experienced revenue growth of 296% from last year and grew by 52% from the previous quarter. This was due to spurt in sales which earned $68 million and reported an operating loss below 2 million.

This hydroponics store has dropped by 25.1% from its 52 weeks high it is still up by 89% on year to date. The firm showed strong financial performance in its Q3 earnings with revenues moving up by 159% from last year and up by 12% from the previous quarter. GrowGeneration reported operating profits of $1.1 million as its organic growth accelerated to 48% due to a strong contribution from new acquisitions and new stores that opened in Oklahoma.

Besides these two-three other firms that have shown growth are REIT Innovative Industrial Properties, Medicine Man Technologies, and Trulieve Cannabis.