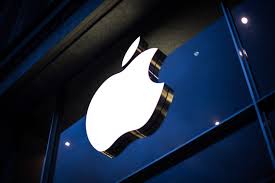 Apple finds itself in an unusual legal argument after the California Supreme Court sentenced that the company should compensate its retail store employees for the time spent during the mandatory bag searches after their shift ends. A group of employees, who even reported waiting for up to 45 minutes on busy days, filed an action class lawsuit against Apple with the US Ninth Circuit Court of Appeals, who subsequently asked the California Supreme Court to assess whether according to the California State law the workers deserved a compensation.

The court’s decision written by Chief Justice Tani Cantil-Sakauye stated that Apple should count the time employees spend during bag checking after their shift ends as ‘hours worked’ and compensate them accordingly. Apple’s policy demands their retail store employees to be a checked by a manager after clocking out for all the products that Apple may sell and verify its serial number. Apple argues that the employees should keep their belongings at home including their iPhones at home to avoid the security checks. The court termed Apple’s argument as ironical stating that Apple citing iPhones as unnecessary for its employees was ‘at odds’ with its own claim of iPhones being an ‘integrated and integral’ part of everyone’s lives. Post the California Supreme Court’s decision, the case will now be discussed in Ninth Circuit Court with the judges expected to apply their interpretation.

Talking of Apple’s stores, the company opened its first new store in 2020, the Apple SoNo Collection in South Norwalk, Connecticut. The store is a replacement of the previously located store near Stamford Town Center. The store is the final touch given to the major SoNo Collection Mall which opened back in October last year and serve customers with more great Today at Apple sessions.