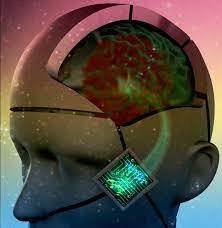 Medical research has been revolutionised by cryogenic electron microscopy (Crio-EM), but the substratum used in freezing and viewing samples under a microscope has not progressed in the last decades. Today, thanks to collaboration with the applied science company Protochips, researchers from Penn State.

“Deb Kelly, the director of the Structural Oncology Center (SOC) and Professor of Biomedical Technology in Penn State, said that the nature of the traditional network has not changed a great many times since cryogenics was established. “The idea of trying new material to advance existing practises was put forward with our team of researchers in the field.”

Topics with traditional perforated carbon grids include spotting surfaces in the form of grid ices which require numerous adjustments to the imaging routines, expanding grid materials at varying thermal speeds, and failing to convert samples through grid openings, often wasting only limited samples.

“The only way to save time for data collection is by establishing initial reconciliation parameters,” says CSO assistant professor Cameron Varano. «Protochip substrates are made of silicon nitride, which is harder than carbon grids and less likely to be locally deformed. And the wells on the chips are adaptable to ice and applications of different thicknesses».

The team identified 3 case studies in which such a picture could be useful, in an article titled “Cryo-EM-on-a-Chip: Substrates Under Measurement for 3D Macromolecules Analysis.” The first study was a comparison between the perforated carbon network and the cryoprotective chip, based on the large and symmetric shape of the standard rotavirus part model of Cryo-EM studies. They found more contrast to the Cryo-Chip substrate and more retention of samples in tuned wells.