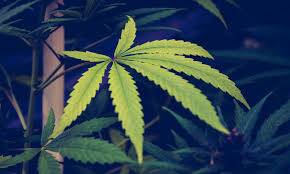 The measure for the legalization of medical marijuana in the area of South Dakota has been qualified officially for the 2020 ballot of the state. After the activists had turned in over 30,000 signatures for this petition last month, the state’s office secretary has given confirmation that the measure has received an amount of signatures which is enough for qualification. As per the secretary, the office had conducted a sample randomly of the signatures on the petition and had found that 74.65% of them had been valid. The proposal has been officially designated now as the Initiated Measure 26.

The measure is the first of its kind cannabis reform initiative which is going to make it to a state ballot for the year 2020 along with a lot of others being in the works currently. Earlier, the lawmakers of New Jersey had given approval to a resolution which had put a referendum on the legalization before the votes take place in the month of November. The legalization is among the two proposals which the organizers have hoped to put to the voters in South Dakota in 2020. There is a separate campaign which is being done for the legalization of adult use however that proposal needs a higher threshold and the officials haven’t yet validated the signatures.

The state government right now is forcing the people who are otherwise law abiding to be criminals for living a life that is happier, healthier and a lot more productive in the opinion of Matthew Schweich who is the MPP deputy director who plans to end what he calls heartless injustice. He said that soon adult-use legalization is also going to be qualifying for the ballot.