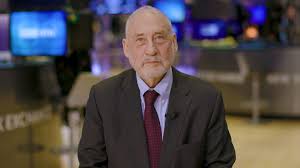 The President of the United States, Donald Trump had told the political leaders and business leaders in the World Economic Forum which was going on in Switzerland in Davos in the last week that the economy in his tenure has enabled the lifting up of lower and middle class people in America. In an interview which had been released recently, the economist who had won a Nobel Prize, Joseph Stiglitz has disagreed sharply saying that the characterization of Trump is completely wrong.

He was very critical about the lies as well as the misrepresentation Trump says on a daily basis and said that at the World Economic Forum, Trump even outdid himself.

Last Tuesday, during the Forum, Trump had said that he presided over a boom in the blue collar sector as he cited the low levels of unemployment and the surge in the growth of the wages in the workers who are at the very bottom of pay scales.

Trump said that the American Dream was now back and had been stronger and better than it had ever been before as the middle class of America was benefiting at a level which was unprecedented.

Stiglitz who had won the Nobel Prize in the year 2001 has refuted this claim and said that the failure in the economic policies of Trump was evident with the declining average levels of life expectancy in the Americans in all of the last three years.

He said that this is now calling for a lot of despair in the form of suicide, deaths, overdose of drugs as well as alcoholic levels and it is not a good picture.