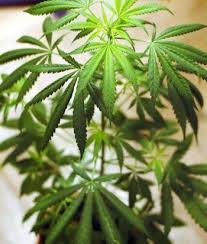 Pueblo, Los Suenos Farms based out of California, are the largest grower of cannabis. They are now estimating that they have lost an amount of close to $7 million in the freeze of early October. However, the owner has said that the harvest outdoor is better than it had been in the previous year and the company is going to have a lot of material for the extraction market. The market of Colorado had been initially concerned when the news had broken out regarding the freeze and if Los Suenos had lost their crop completely, the supply chain had the potential of being disrupted with the processors and retailers possibly paying the higher prices for raw material and flower for extraction.

The owner of Los Suenos Bob DeGabrielle has said that it has been great actually as they have 10000 to 12000 pounds of bud which had great quality before the storm came to affect the growth and he feels that they are going to be ahead by 25-30 % from the point they had been earlier. The exact figure of the damage had not been reported earlier however it was reported that they had harvested close to 20,000 of the complete 40,000 plants before eight hours of temperatures that were subfreezing had damaged this crop.

He said that the fact remains that the previous two months have been the best in terms of the sales volumes in their history. There was no requirement for reducing the workforce or let go off anyone due to the damage of the storm. The nationwide concerns of vaping have had an impact though the owner feels that the demand is still strong and is growth is going to continue.