Legalization Of Marijuana Still A Far Cry In Asia 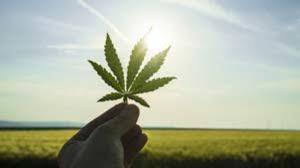 The legalization of marijuana is making a lot of strides all over the globe; however, there are a lot of pockets where these ideas are still facing pretty much resistance. Asia is one part of the world where this resistance is at its peak.

The recreational cannabis has been legalized in Uruguay ever since 2013 which was the first complete legalization in the modern world and in Canada since the year 2018. United States had legalized it in a few areas like Columbia and the other 11 states from 2012 onwards with the Washington and Colorado and now Michigan last week being the recent additional states to join in. The medical marijuana has been legal in a lot of more states in United States and a lot of other countries.

New Zealand, Australia and a lot of other European countries have been looking either at legalizing it or it is already legal in a few countries however in Asia it is illegal almost everywhere and in Singapore and Malaysia, the possession can even lead to death penalty. The stigma around it in Asia has existed always in the region since the Opium Wars as per the legal experts.

During that time the plant had been swept under the carpet in addition to the other forms of narcotics without the understanding of what it can do medically. Thailand and South Korea had broken away from the stance of Asia on marijuana as it legalized the product in 2018 for the medical purposes. This move had opened the doors of marijuana companies for them looking at the newer markets. The emerging markets have been Asia Pacific for the medical cannabis.

Legalization Of Marijuana Still A Far Cry In Asia
0
Share