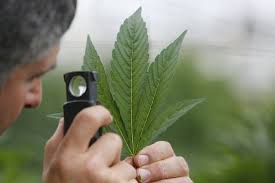 The reimbursements of the insurance for medical cannabis have reached a new level in Germany during the period from July till September, as per a recently published data.

Cannabis, which is insurance covered in the 2019’s third quarter, had been higher by 62% in the exact period of 2018. A previous analysis for the second quarter in the year 2019’s second quarter had reported year-over-year and quarter-over-quarter of 74% and 20%, respectively. The figures for the period of January till September show that when this curtain is closing on the year 2019, the total amount of reimbursements of the categories of the cannabis products could go over 100 million euros and possibly end at roughly 120 million.

This data does not have the sales of private prescriptions that have been paid out of the pocket by the patients. July had been the top month for the medical coverage for the cannabis post the current framework in the early months of 2017 with the total reimbursements which reached closed to 11.5 million euros in the month. In the months of August and September, the reimbursements had stayed in the range of 10 million and 11 million euros in a month.