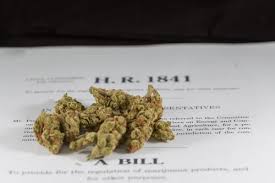 The House Judiciary Committee of US recently approved a nationwide cannabis reform bill by vote of 24-10 which is a milestone towards movement of multibillion dollar marijuana industry towards federal legalization. If the MORE Act of 2019 that stands for Marijuana Opportunity Reinvestment and Expungement is adopted as law it will open up huge business opportunity for legal MJ business across the nation. In other words the social justice focused law can give businesses involved the same legal freedom as enterprises involved in hemp. But the measure is not likely to come for full house consideration until 2020.

The Senate which is now controlled by Republicans is unlikely to allow easy passage for the bill before 2020 elections even if it passes full House. California democratic presidential candidate Kamala Harris is carrying the bill to Senate even as Republican members of the committee pushed for presentation of STATES Act as it is likely to have more bipartisan support in the Senate.  This act would protect state-legal marijuana programs from interference by federal agencies but the proposal was rejected by the committee. The MORE Act will allow states to continue formulating their own policies for regulating commercial marijuana industry within their state limits and will also remove marijuana from federal Controlled Substances Act. CEO of Cannabis Trade Federation Neal Levine called this Act as a historic step forward for federal level cannabis policy reform.

Because of MORE Act businesses and consumers will get proper treatment. The Act will promote diversity of cannabis industry and also enable consumers who have been badly affected by drugs war. As per the MORE Act, marijuana products would be subjected to 5% sales tax. The revenue earned thru by this act will be used to treat persons affected badly because of drugs war. Among other ways the revenues will be used is offering loans for the small-business houses and offering them training. Currently marijuana trade is controlled by mostly white, wealthy people. This trend will be changed by removing licensing requirements for small-businesses.