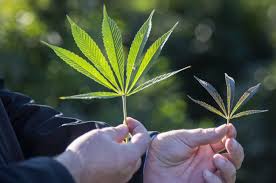 There has been an increased reporting of cross-pollination from the hemp farms by the outdoor marijuana farmers. This may result in the marijuana farmers to suffer great losses if the flowers turn unmarketable.

The hemp and marijuana industries share the same cultivation areas and so the conflicts are also likely to be more. The senate bill 5276 was signed into law by Jay Inslee, Washington Governor, which resulted in the removal of 4-mile buffer between the hemp farms and outdoor marijuana produces. Robert Morf, who is the owner of outdoor marijuana farm in Washington, said that his estimated losses were $40,000 in the current year as his farm was cross-pollinated by pollens from male plants which came from a nearby hemp grower. He said that his flower was full with seeds and this has reduced overall quality, usable volume as well as the crop’s value. Retail or wholesale sale in the flower market is not possible and he will have to sell it for extraction. His trouble started after the removal of the buffer as per the new law.

Morf has contacted local representatives and the state representatives and also the Washington State Liquor and Cannabis Board but was of no use. Oregon is also facing a similar problem. Oregon SunGrowers Guild’s president, Pete Gendron, said that nearly 8% of marijuana production in the state is affected by cross-pollination. He has advised the growers to not have male plants in their farms. He said that seeds should be bought from reputable providers and also it should be made sure that hemp-growers in the neighboring farms use feminized seeds.

County regulators in Pueblo, Colorado, have been allowing the co-existence of cannabis and hemp cultivators. The managing director of ShiFarms based in Pueblo, Steven Turetsky has said that hemp farmers has been asked to make every effort to avoid male plants in their farms. It has been said that clones should be used by hemp growers to make sure plants are not males. However he said that even though clones are used there are chances of mutation but the risk is reduced.

The US Department of Agriculture has acknowledged this issue and money has been set aside for the same. David Schmale, a plant science professor has said that a reliable and validated long-distance transport model for prediction of wind-dispersed pollen is essential to establish proper distances for isolation.