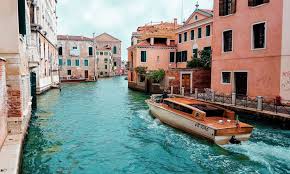 Health Ministry In Italy Planning To Triple The Medical Marijuana

The Italian Health Ministry has plans to triple the amount of the medical marijuana which is produced in the local markets in the next year. This has signaled the intentions of governments for relying to a degree which is lesser on the imports in the year 2020 for serving the growing demand domestically for the medical cannabis. As per psychotropic quota of substances of the country which covers the medical marijuana, the ministry of health has been allowing the SCFF for production of 500 kilograms of cannabis flower in the year 2020. This is as per the decree recently published in the official Gazette of Italy.

SCFF, which is under Ministry of Defense wing, is the one particular organization that is authorized for growing medical marijuana in Italy. In the year 2018, as much as 578 kg of marijuana had been sold to the patients in Italy. However, this quantity has been expected to increase majorly for the year 2019 when it is finally tallied. The production by SCFF in 2019 has been estimated being lesser than 200 kilograms.

The Italian business lawyer, Giuseppe Libutti, has said that the production increase has been positive as it has shown the commitment of the government of Italy to the continuity of programs of medical cannabis. However, it has confirmed the inability of SCFF for satisfying the demand which is growing. Imports are going to be needed as the planned domestic production is not going to be enough.

The domestic production has been supplemented with the imports that have also needed to comply with the processes of EU-GMP. Most of the medical cannabis has been sold in the Italian markets coming from Netherlands.